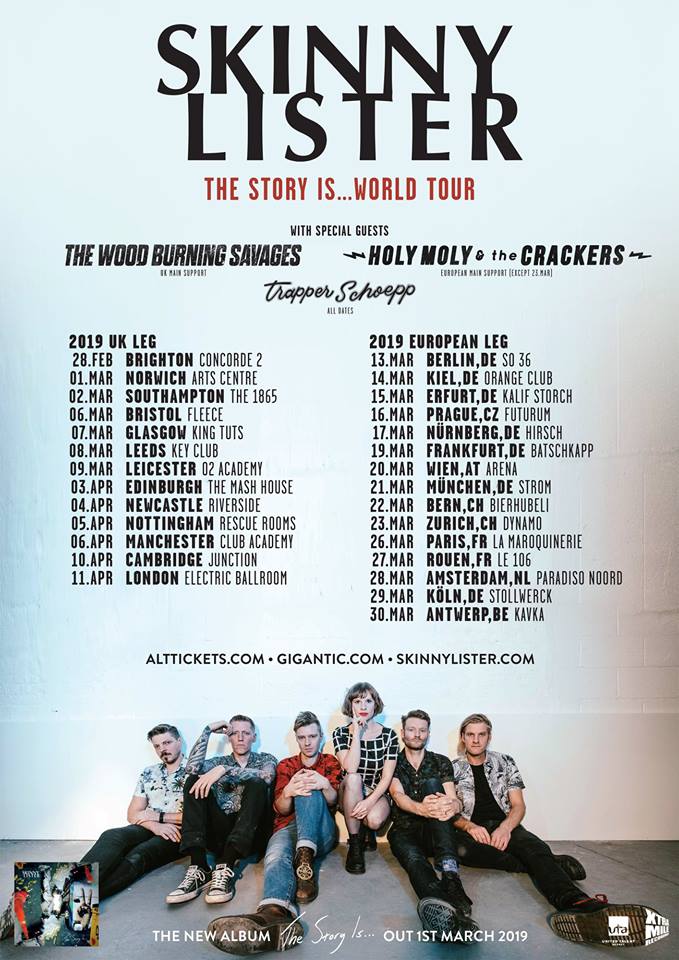 By Thom MillsDecember 31, 2018No Comments

As if we weren’t excited enough for the upcoming ‘The Story Is…’ UK & Euro Tour – we just went and confirmed our openers. Now we seriously can’t wait. We are so sure that you’re going to love them.

In the UK we have the absolutely smashing Derry outfit, The Wood Burning Savages as main support. They just won Northern Ireland Music Prize ‘Album of the Year’ & ‘Best Live Act’ Awards. They’re no doubt gonna knock your socks off with their highly charged gritty anthems about the furious working classes.

Then we’ll be taking our good mates Holy Moly & the Crackers over the channel where they will be main support for the European shows. They’ve had a stonking year with sold out headline shows and crazy festival appearances in the UK and on the mainland. There’s no doubt they’ll get the party started!

Opening both tours will be our label mate, the wonderful Trapper Schoepp all the way from Milwaukee. We toured with him in the States a while back where we fell in love with his songwriting and after hearing his forthcoming album we had to get him on this tour.

So there you have it! It’s going to be one hell of a party on all nights and we cannot bloody wait! Tickets selling fast for some shows so make sure you get yours ahead of the game to avoid disappointment!

P.S. If you pre-save the album on Spotify (here) before 14th February you’ll automatically be entered into a competition to win tickets to a headline show of your choice and pick up a signed vinyl or CD whilst you’re there.