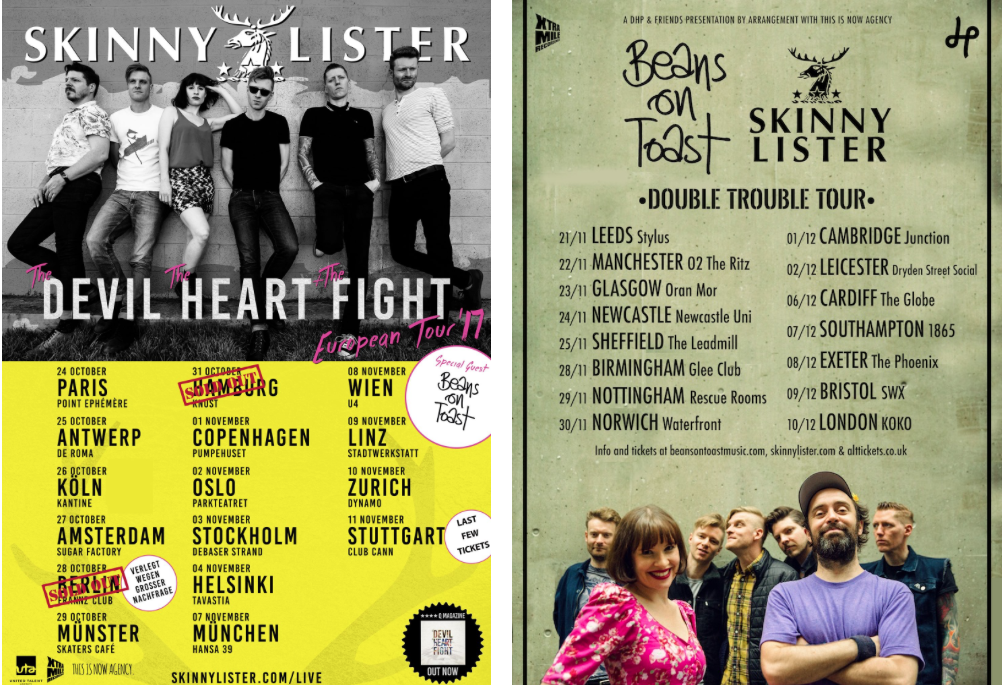 Ladies & Gentlemen, it is with great pleasure that we can say that we are certainly on tour a lot! We love seeing all your faces in the crowd, and besides, we’re keen to test out some brand new material on you, which could well feature on album number 4!

First we’re looking forward to hitting mainland Europe, playing some old favorites, such as Hamburg & Berlin and daring to step into brand new places, like Norway & Denmark! After touring with Dropkick Murphys earlier this year, we’re really excited to be bringing a headline set! In addition to that we’re bringing label mate, touring buddy & drinking companion, Beans on Toast with us. We know he’ll kick off the party a treat! Grab a ticket as venues are beginning to sell out!

As soon as it’s over, we will barely catch a breath before we kick off our UK Double Trouble Tour! This is going to be a hell of a party, sharing the headline slot with Beans on Toast again, this time he’ll be accompanied by some seriously skilled musicians too. No doubt there’ll be some stage sharing & possibly some cheeky Christmas numbers since we’re finishing in London at Koko on 10 December! Make sure you pick up a ticket as our last two UK tours sold out & this promises to be the biggest party yet!

Then there’s next year, but that’s another post in it’s own right. USA we have certainly missed you! 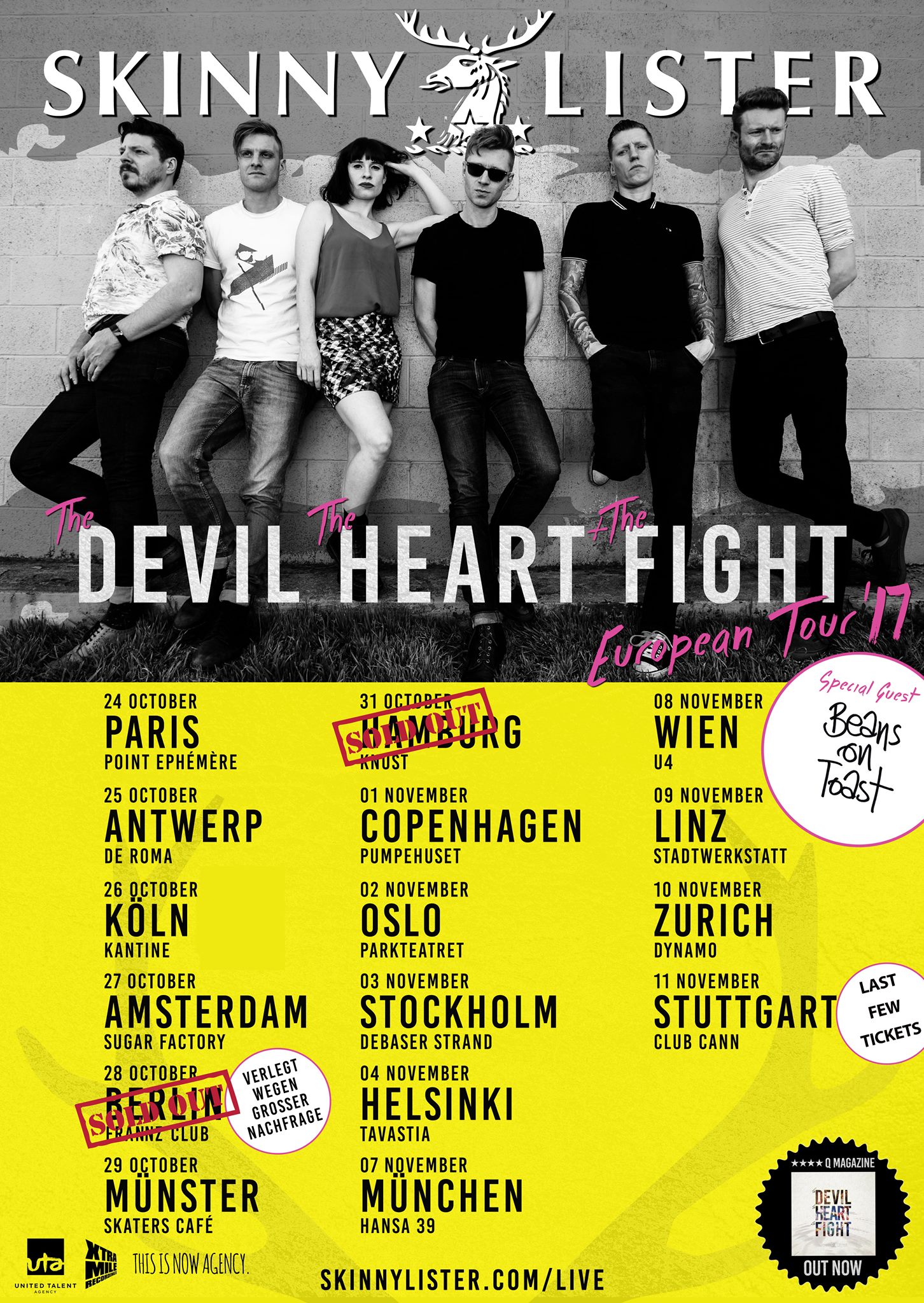 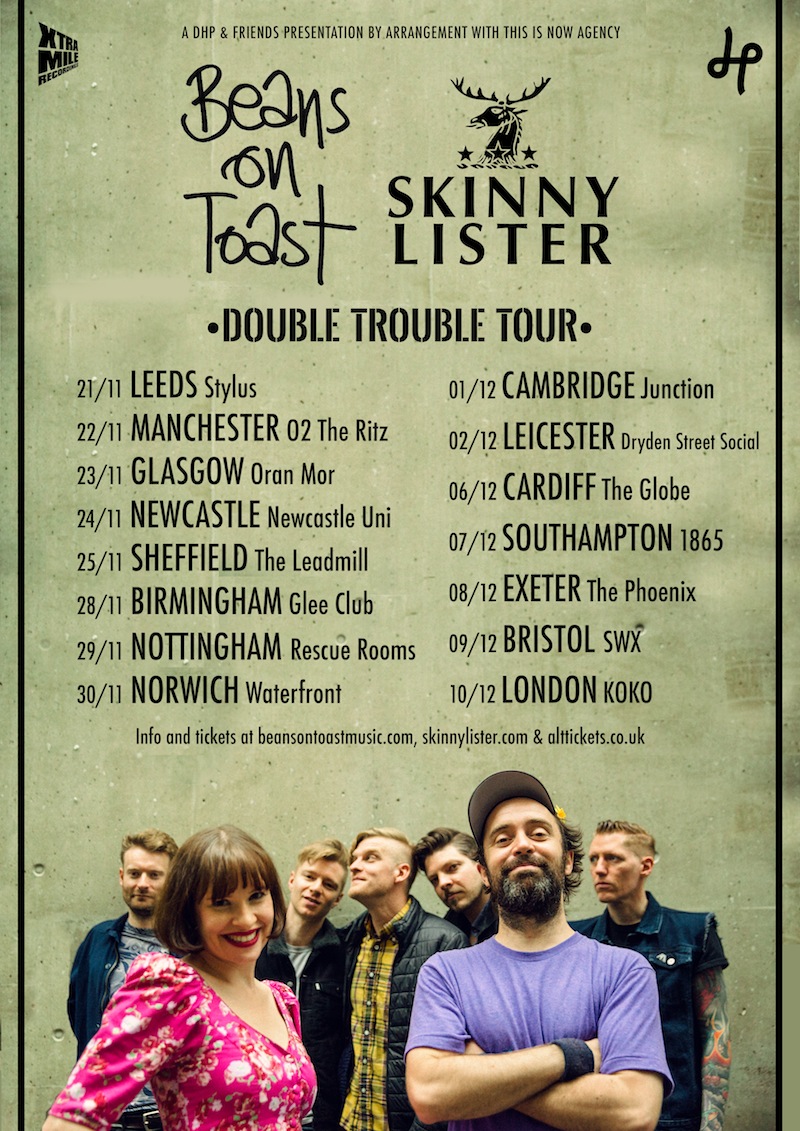