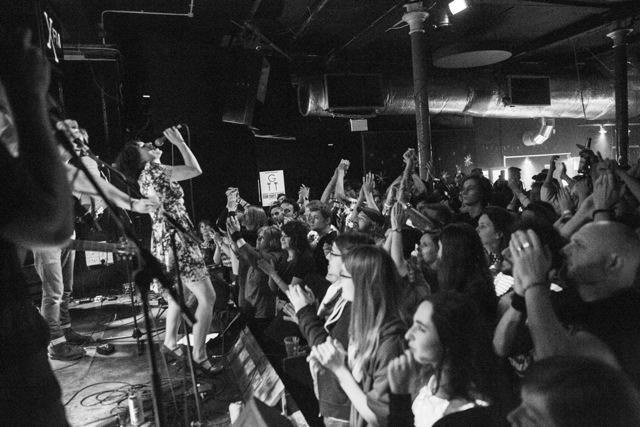 Exciting times Skinny friends! As you may well know, we’ve been badgering away behind the scenes, working on artwork and videos and designing new merchandise all in preparation to release the new album ‘Down on Deptford Broadway’ on 20th April 2015 on Xtra Mile Recordings!

If you haven’t checked out the video of our live performance in Tokyo of a new song ‘This is War’ – DO IT NOW!!!

And we’re very excited to present you with a sneak listen to our next song ‘Cathy‘. The video will premier on Monday 16th February – here’s a little teaser to whet the appetite…

And what a great way to start gigging in 2015! Celebrating Independent Venue Week with two sold out shows supporting Frank Turner. An amazing couple of evenings, where we made loads of new friends and shared a pre-show shot (or two) with the man himself… Cheers!

We had a great time and they set us up good and proper for the gigs, which lie ahead…whoooOOOOOP!

17th Feb Where else to be other than New Orleans for Mardi Gras? Hastings FAT Tuesday – that’s where! – http://www.hastingsfattuesday.co.uk

And our own UK ‘Down On Deptford Broadway’ Tour:

Click on the links and get your tickets NOW!!

May 1st – NOTTINGHAM – The Bodega – Tickets

If you’re not around for any of these – don’t worry. Festival dates are filling up the diary and we haven’t forgotten about the States neither!