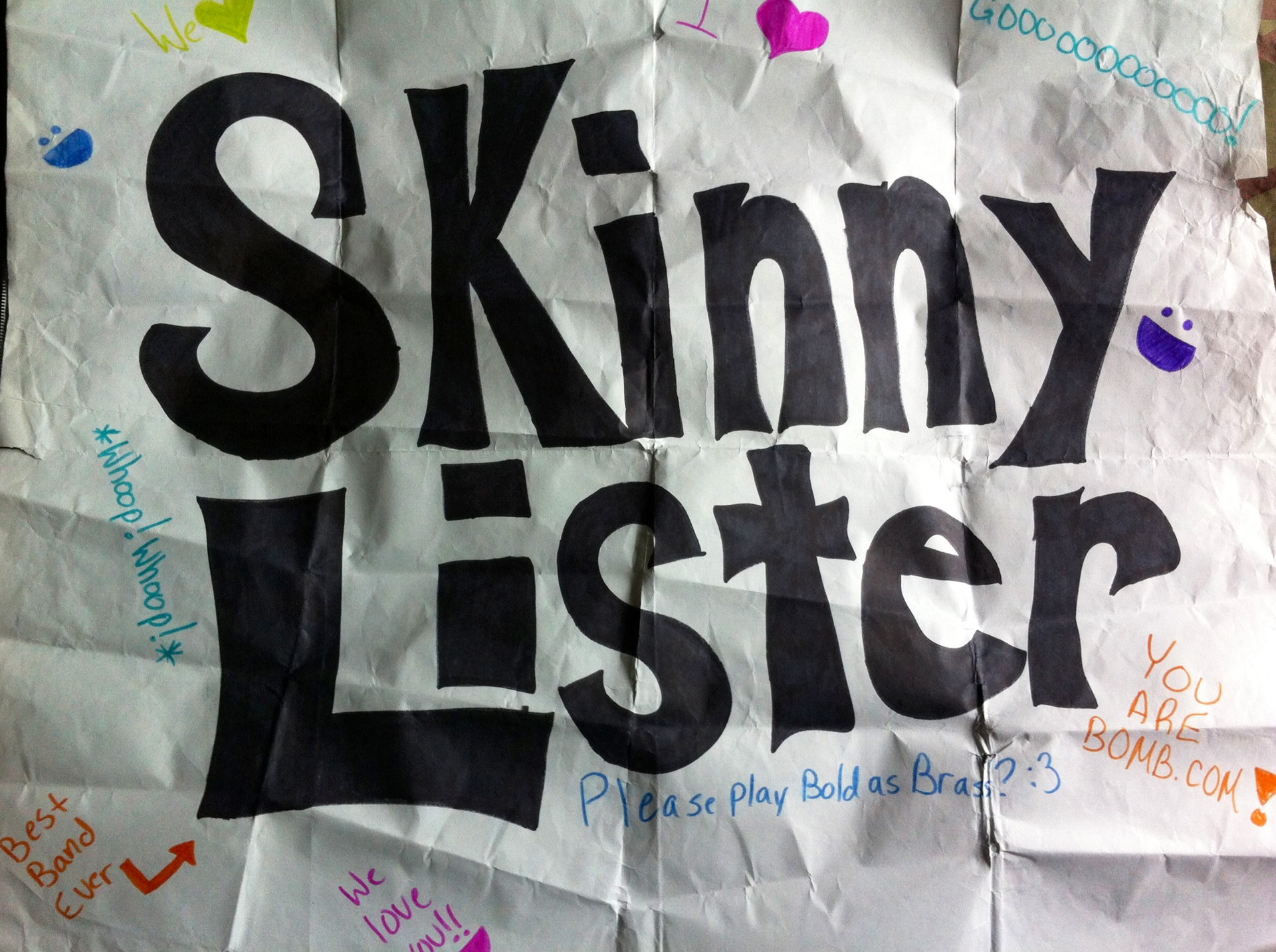 We’re back and rocking in the States!!!

Flying into Chicago O’Hare airport, picking the van and trailer up all feels very familiar, like we’re returning to an old home. It’s great to be back on the road and even better that we’re able to do it with our good Friend Rosco who joined us on the Flogging Molly Green 17 tour and Coachella last year.

He’s playing direct support for us in his slam dunking whiskey trucking band Onward etc. The venue, Bottom Lounge is a great looking place, with trains whizzing past the first floor windows constantly on the elevated train tracks famous in Chicago. To make things feel even more familiar Dave, our old drummer happens to be visiting a friend, Christian in Chicago so they come along to the gig too. Christian very kindly lends us his amazing Ludwig drum kit for the tour!

Onward etc. hit the stage with force and deliver a great set. It’s going be a great tour, I know it already! The show is lots of fun…there’s dancing, drinking and hollering. Chicago – we love you!

Next day we’re heading to Columbus, OH. Not a place we’ve played before but John, the drummer of Onward etc. is from the town so it’s cool to be meeting his friends. It’s a cool little dive bar and Britton, the promoter looks after us well giving us lots of beer! Chantieng brings cookies for us too – all is well with the world!

Next up is Cincinnati. We arrive early so get ourselves an ice-cream and enjoy the sun, though Slim is bitterly disappointed by his choice as it was possibly the sweetest thing ever known to man. Shame since he’s trying very hard to stay in good shape – nigh on impossible on the road!! Our name is up in letters in front of the Taft Theatre – it’s a big old venue but we have a good crowd. The Young Heirlooms open up before Onward etc., of which the female singer had a stunning voice – check them out people!

After the show it’s party time at the amazing house of Erin and Alex of Foxy Shazam. I had my first ever Newcastle Brown and we drink and chat and howl at the moon. Next morning we head into a pork joint for a greasy breakfast.

Never has anywhere felt so familiar as the House of Blues in Cleveland, even though we’ve only played it twice (sadly missing our 3rd opportunity to play there last tour with the Dropkicks due to visa problems). After setting up our Skinny Shop and doing our sound check we head to Flannery’s for some food, where we meet the wonderful Molly who greets us with a big old bottle of rum which was easily demolished during the show! Another great opening band was Johnny and the Applestompers. Onward etc. killed it as usual and then when we came to the stage the crowd were ready to party Skinny Style.

Holly deserves a special mention here as she’s one of the sweetest girls I have ever met. We have the banner Holly and we’ll treasure it!

Next up is Pittsburgh. Tacos for dinner with some weird cocktail of beer and bloody Mary mix really hit the spot before we head to The Thunderbird Café which is another cool little dive bar. Slim continually looks for places to squeeze in some yoga – here he is doing the ‘smokin’ sidecrow outside Wendy’s!

The legendary Larry is at the bar buying me jaeger and yep, again I manage to be drunk before getting on stage. Tsk.

After the show we share a few drinks with people including Liz from Rusted Root…here’s a pic with me, Liz and Larry!

Then we head straight home as it’s an early start in the morning. And by home I mean Lauren and Justin from Anti Flag’s pad, where we stayed a few months ago. This couple are amazing – thanks for staying up and chatting with us when you had to be up so early next day Lauren for the Vans Warped Tour!! Love to all there! See you at Glastonbury Justin on Sunday at the Leftfield stage!!