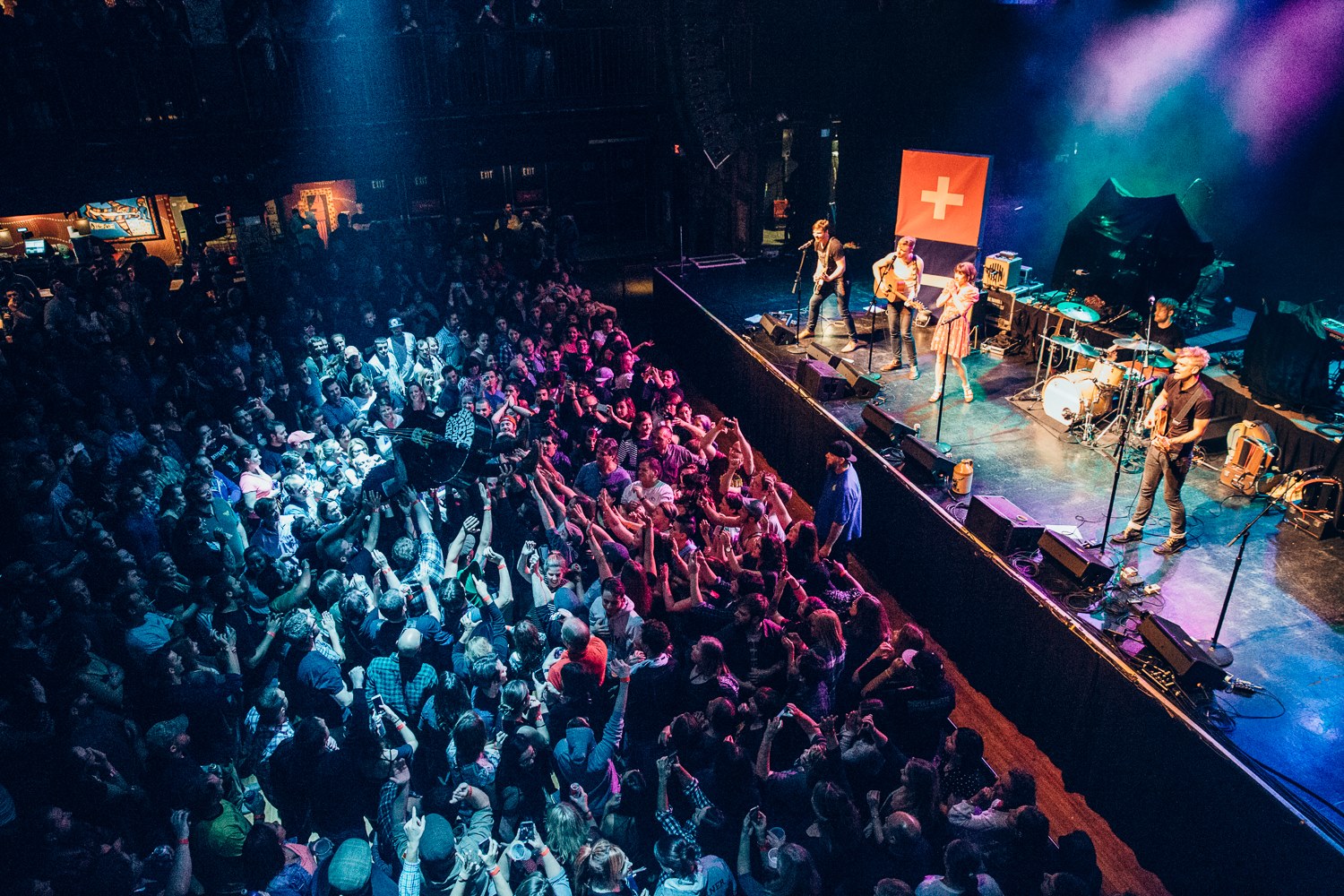 We’ve never been to the next two towns on the tour schedule so have no idea how the shows will go. Frank pulls a great crowd though and we have a blast. Syracuse – amazing BBQ dinner and so much fun drinking with Jay of Beans on Toast and generally having fun.

Burlington is a cool city. Our hotel is right up close to the venue so it’s party night. Yup – like every night isn’t?! Party George’s mate Graham from a band called Gypsy Reel joins us on stage on fiddle for Forty Pound Wedding! Nice to share the stage with a guy I used to go and see with my family as a kid.

After the show we stumble around looking for a bar but end up in the hotel carpark supping a beer and writing a song. A car alarm goes off. Then a police man comes. We hide our beer. Smile politely and explain we’re on the road and will be moving on in the morning. He seems ok about it and leaves us alone. American police are scary dudes!

Burlington to Cambridge to our familiar favourite – The Middle East for a Skinny headline show. First up is the amazing Matt Charette, followed by Jay and then we close the night out with lots of friends hollering along.

The next two nights are sold out at the House of Blues in Boston with Frank. I forgot what a big old venue that is. There’s also a baseball game on across the road – the town is heaving. It’s also Boston Calling Festival and apparently Ed Sheeran is playing a slightly larger venue around the corner!

Frank asks me to join him on stage for ‘Silent Key’. A total honor to be on stage with him – and also a very nerve wracking experience! If you know me I get nervous before our own shows let alone taking to the stage with someone else. It feels like the nerves are like my first ever gig!

Boston turns into three sold out nights in New York at the Irving Plaza. Amazing legendary venue with an amazing legendary crowd. Nights one, two and three all ROCK. There’s a lot of crowd surfing and yep. Michael Camino did do a forward roll whilst crowd surfing. Nutter.

The others got a chance to go and see the HQ of Marvel comics. I think this was definitely on Michael’s bucket list. We now have a lifetime of comic books…

Tonight we’re in Brooklyn at the Knitting Factory. I’ll let you know how that goes when I get over what promises to be a very big hangover as we’re doing a communal afterparty with Beans on Toast afterwards at Skinny Dennis’ – a cool country bar we got very drunk in last time.

Oh yeah – and that session we did with Relix magazine today was pretty sweet too! But you’ll have to wait for that. Here’s a photo in the meantime..