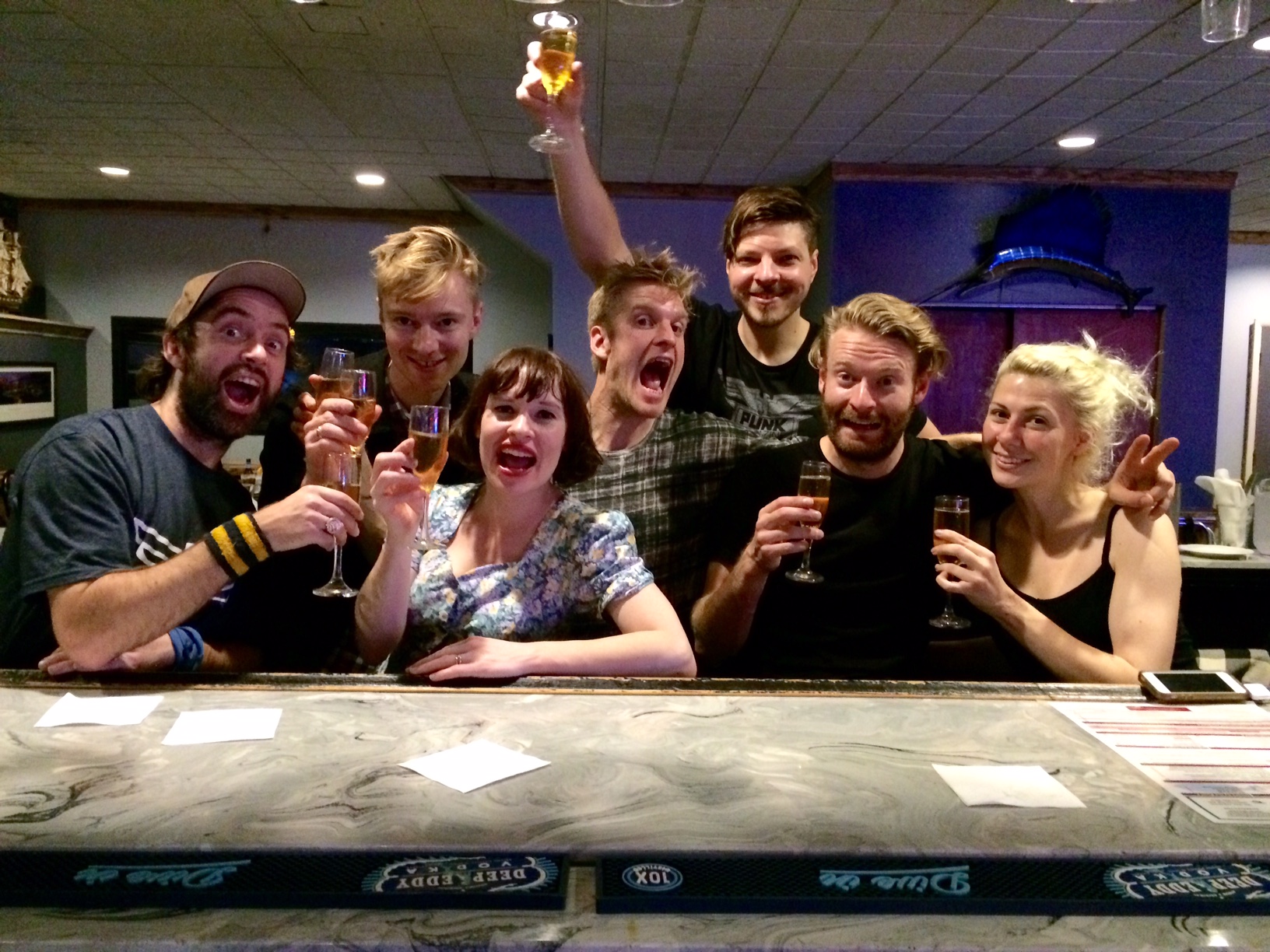 So the Brooklyn show was possibly one of the most drunkest shows we’ve done in a while. It was GREAT fun! So cool to catch up with old friends, eat peanuts, drink booze and have a good old after party at Skinny’s Dennis’s.

Next day we’re hung over, it’s 2pm and we still haven’t eaten. It’s raining like hell and we’re stuck on the highway. How did this happen??? Next up is a gig in Philadelphia. We haven’t had a day off in a while and there’s three more gigs to go before the next. The venue in Philly is brand new. It’s an old converted warehouse absolutely massive and everyone is out tonight. I don’t think it could have been a better venue to be hung over in. It’s a fancy pants place, the show is really fun and its cool to see the lovely Eva our booking agent.

Next up is Baltimore. Now we arrive pretty much straight out of bed to do an in store acoustic session before Frank at The Sound Garden. Now I had some preconceptions of what Baltimore might be like (and I haven’t even seen ‘The Wire’) but the place we pull into is a beautiful place. There’s a big old crowd at The Sound Garden obviously waiting for Frank but its nice to be warmly received when Dan and I sing ‘Bonny Away’ and ‘Trouble on Oxford Street’.

After that we have a wonderful brunch at a cool little café and head to the venue. Again, another super cool place. Everyone is so welcoming and everything is easy.

The place is sold out yet again and Frank joins us on stage for ‘Trouble on Oxford Street’ on mandolin. The crowd obviously goes mental and we have a fantabulous gig.

Afterward we finally get to celebrate Max’s birthday with balloons, cake and a sneaky escape to an oyster bar for sparkling white and oysters. Yes sir!

As we pull into Washington D.C., we decide to get brunch at an English Pub (yes it’s 4:30 pm and I haven’t eaten yet – what is going on??? It ends up taking forever but when it comes its great. We head to the 9:30 club – a legendary one yet again. It’s again great fun and a big night for Frank as there’s lots of camera crew there filming. We delight in the infamous 9:30 cakes and finish off any recording for our small documentary.

The next day is a VERY long drive so I won’t bore you with that other than to say I am a LOT better at the card game ‘shit head’ than Jay from Beans on Toast.

The day ends with a quick swim in the pool before bed. Perfect.

Oh – and Dan took a picture of another frog: