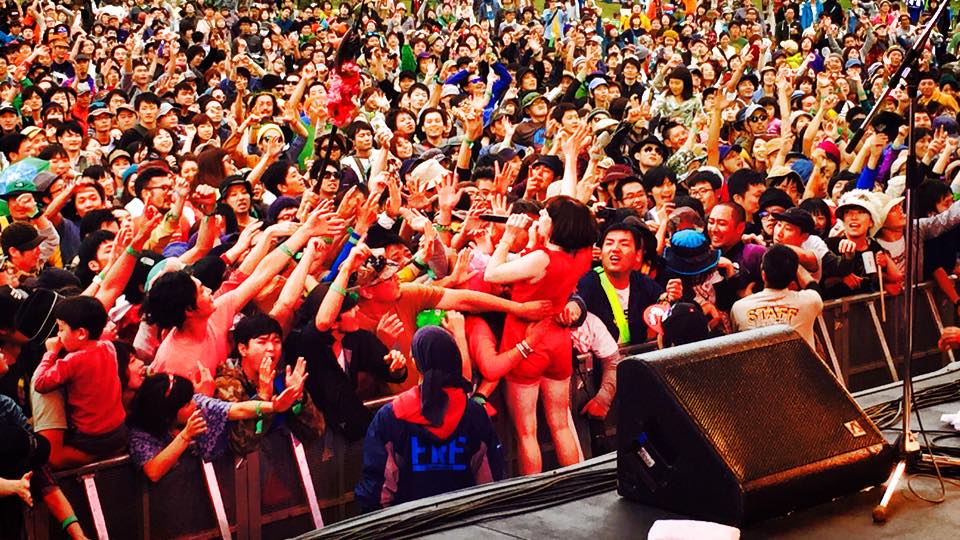 It has truly been an epic first half of 2014. We can’t believe how fast it has gone, with material recorded for the second album (release date still not clear but looking like early next year), an immense support tour with The Dropkick Murphys, a US Headline Tour including the amazing festivals Bonnaroo and Summerfest completed and already going full steam ahead into UK and German festivals….whoop whoop! Skinny Lister is bringing the party!

For those of you not lucky enough to be dipping your wellies in the mud and tripping over casualties laid in it, here’s a short clip of our gig on the Saturday at the Avalon Stage.

It was so good to see lots of familiar and new people in the crowd…needless to say, this is probably my last memory of the weekend and even a week later when heading to Binger Open Air Festival in Germany I was still recovering…great fun though in a beautiful setting, followed by another beautiful setting only 24 hours later in the rolling fields of Gloucestershire in a small but busy festival called Nibley.

Like I said I joined the band to get into festivals for free… all great fun and we can’t wait for more of it….here’s where we’re going to be over the next couple of months. The question is, where will we see you?!